When you see an aerial shot of St George’s University (SGU), the campus takes your breath away - it’s got to be one of the best pieces of real estate occupied by any university worldwide. Located in True Blue, St George, on its own private peninsula including a beach, there are inspiring views all around.

For over 40 years, SGU has had a presence on the island, and the story of Grenada is incomplete without a look at the university and its contribution to the nation. First opening its doors in January 1977 to a modest group of medical students at the original Grand Anse Campus, it has since grown and evolved beyond medicine, now offering a range of programmes in arts and sciences, veterinary medicine and more. The university has produced a staggering 14,000 physicians, practising in all 50 states of the United States, and more than 50 countries worldwide.

Each year, there is an influx of arrivals with new and returning students, and an annual enrollment of over 8,000 students. That’s nearly eight per cent of Grenada’s population, so it’s clear that the university has a big impact on the country. SGU is responsible for putting nearly USD $100 million into the Grenadian economy annually, through employment, housing, recreation, construction, goods and services, advertising expenditures and more. It is the largest private sector employer, with over 600 Grenadian citizens as faculty, staff and administrators.

SGU has also had a major impact on health services on the island. For more than 34 years, student volunteers have run island-wide clinics, and a partnership with the Grenada Heart Foundation has provided life-saving surgeries for more than 200 cardiac patients and clinics for cardiac and ophthalmologic care for more than 1,000 patients. And in terms of access to tertiary education, more than USD $70 million has been offered in scholarships to Caribbean nationals, many of them Grenadians who have studied medicine, veterinary studies, business, public health, nursing and more.

Find out what it's actually like to study and live in Grenada, in our feature, 'Meet a Student: Claire Kuszajewski'. 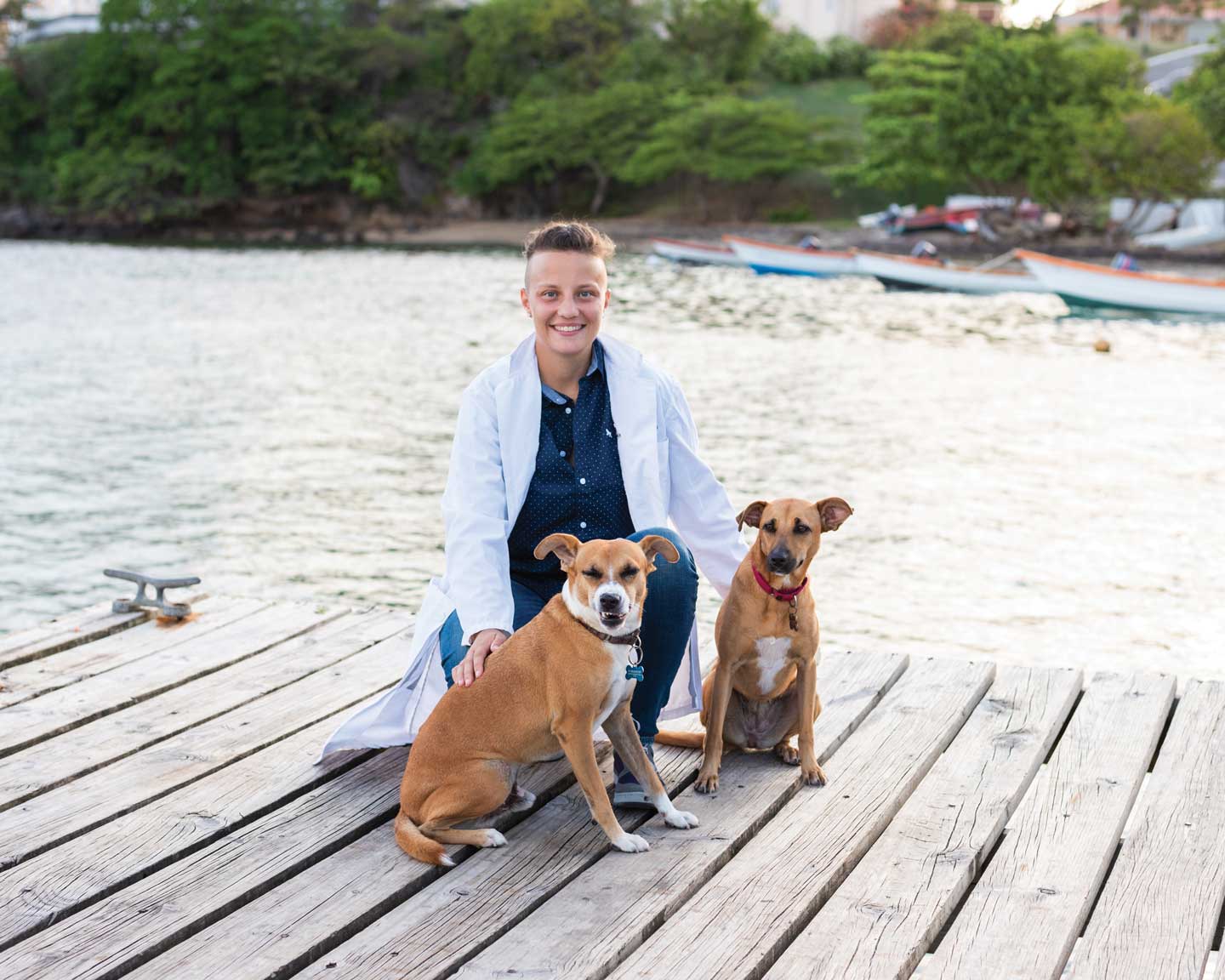