The boat-building industry dates back to the nineteenth century, when Scottish boat builders were brought to the island of Carriacou to build cargo vessels for the booming transport of goods between the islands. These boats became the lifeblood of the Caribbean and sparked a lucrative boat-building industry in Carriacou and Petite Martinique. Over 200 years, the Scottish boat builders married local women, blending African and Scottish descendants to establish a vibrant cultural mosaic in Windward, Carriacou and Petite Martinique.

“In those days, life came from the sea – you were either a fisherman, sailor or boat builder,’ says Jobe McKree, a shipwright from Bequia, who worked on many of the ships such as Friendship Rose, a sloop now in Bequia sailing guests around the island, and to the Tobago Cays.

The fervent trade consisted of one part lawful transport of goods from the islands to the markets, and the other part contraband; the ‘rum runners’ of the Caribbean. The rum runners were painted dark red to conceal them in the night, making it easier to outrun customs. Just in case, or to stay in favour, there was always a barrel of the best rum held for the customs officer. Even today, the Caribbean sloops and schooners are famous for their speed, winning regattas across the Caribbean.

In the 1980’s, the demand for these sailing sloops and schooners waned as more powerful, metal and engine-driven vessels replaced the sailboats until the commercial demand vanished entirely. As the shipping industry modernised, the building of wooden boats declined, and with it the demand for shipwright skills. Gradually, a way of life once passed through generations, threatened to die out.

Hundreds of sailing vessels were once launched from the beaches of Carriacou and Petite Martinique, more than anywhere else in the West Indies. Schooners were used for long voyages with big shipments, whereas the smaller sloops were needed for trade and transport between the islands, carrying people, cattle, crops, cargo, cane sugar and of course, rum. The backbone of the trade was the boat builders, passing their skills from father to son.

In honour of this tradition, in 2016, Alexis Andrews launched an internationally acclaimed film, Vanishing Sail, (www.vanishingsail.com) which follows Alwyn Enoe, one of the last master boat builders from Winward, Carriacou as he and his sons build Exodus, a 43 foot sloop. The film documents the progress and despair, from hauling trees out of the forest, the threat of a hurricane, the traditional launching ceremony to competing in the Antigua Classic Regatta.

Today, the ‘Classics’ regattas around the Caribbean are one of the main ways these traditional boats are honoured, with the Carriacou Regatta (annually July /August)– with its renegade racing, and fervent shore activities–one of the best. Read more in our feature, Chasing the Wind: Carriacou Regatta.

Recently there has been a renewed interest in the boat-building tradition, thanks in part to the growing popularity of the regattas where locals and visitors can see the vessels in all their splendour, and a number of sloops have been commissioned and built in Carriacou and Petite Martinique for private individuals and charters.  A day out on one of these majestic vessels is a memorable experience, taking you back in time, while enjoying Grenada’s beautiful coastline, snorkel spots and of course sipping on a rum punch along the way. So tourism now plays an important role in preserving this boat-building tradition -  as part of Grenada’s heritage and in supporting the remaining boat-builders, so the craft is not lost entirely.

Monique Mills and Danny Donelan of Savvy Sailing Adventure and Jambalaya Sailing Charters both offer day trips along Grenada’s coast and private charters to the Grenadines aboard a fleet of traditional sloops and schooners. They are committed to preserving the boat-building industry and use shipwrights as their captains, sharing generations of knowledge and stories with their guests as they sail. 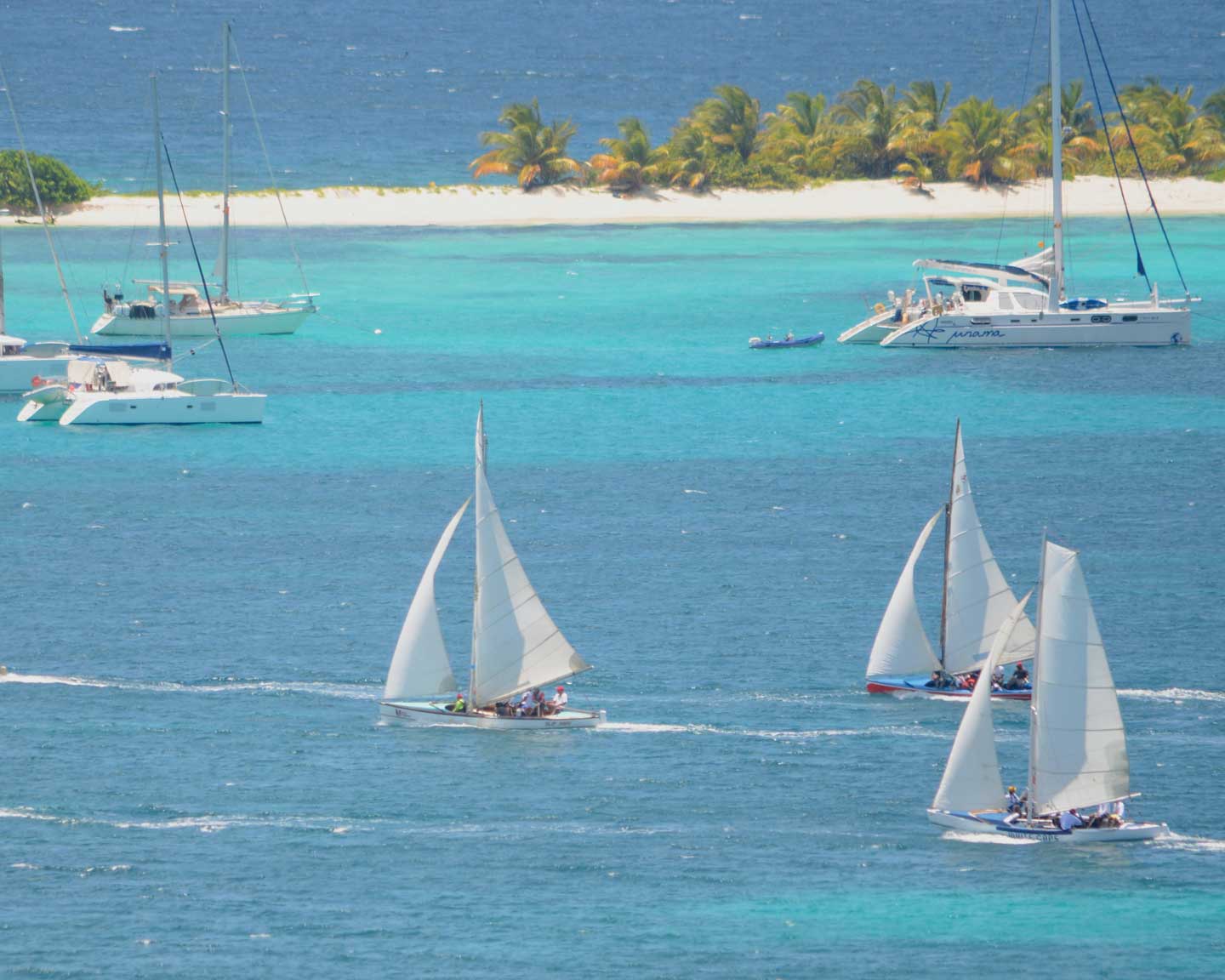 A Renegade Event and a Gentleman’s Sport, this is an exciting annual sailing event in the sister isle